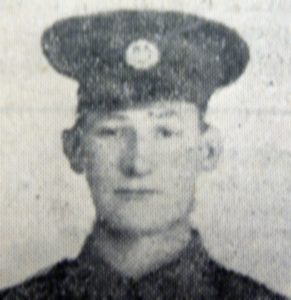 George was the son of David Clements of Stevenage Lane, Walkern.

A former Under-Gamekeeper, he joined the Army at Saffron Walden on the 24th August 1914. He was posted to France, with the Battalion, on the 30th May 1915. They arrived at Boulogne on the 1st June 1915 and moved to billets at Audenthun. After going through a period of preparation for life in the trenches the Battalion moved to Ploegstreert Wood on the 15th June.

It was on this day, as the Battalion took up positions at La Plus Douve Farm, that it suffered its first casualties when two men from "A" Company, who would have been known to George,  were killed after a high explosive shell struck the top of the trench they were in, killing Private George Cox and Private Frederick Augustine Byrne.

The Battalion remained in the Ploegstreert Wood vicinity for the next two months, with a daily record of casualties being listed in the unit war diary. On the 30th August 1915, George is listed as the the only casualty, believed to have been shot by a sniper.

He is buried in the Gunners Farm Military Cemetery, Comines-Warneton, Belgium. (Grave B.4.) 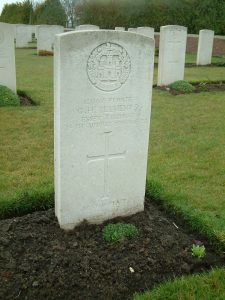 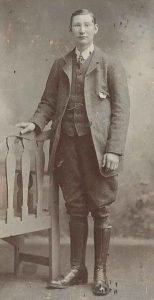