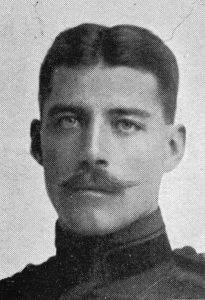 Harry was born in Sutspur, India, on the 29th October 1880 the son of Lieutenant Colonel Edward Evans Grigg and his wife Josephine. He was educated at Bedford Grammar School.

His father was a professional soldier and Harry quickly followed in his footsteps. He was first commissioned on the 29th January 1902 and was transferred to the Indian Army in December 1905 and had attained the rank of Captain by 29th January 1911.

He was killed during the Battle of Neuve Chappelle on the 16th May 1915.

After being mentioned in Sir John French's despatch on the 31st May 1915 it is believed that Harry had been recommended for a Military Cross, but the award was never confirmed.