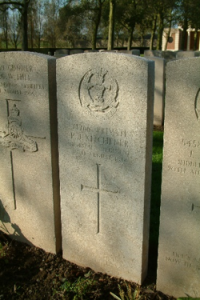 Percival was the son of Charles & Sarah Kitchener, a local Grocer, of the Post Office Stores, Benington. Prior to joining the Army he worked as a Carpenter.

He was killed when his Battalion relieved American troops near the town of Kemmel.

He is buried in the Lijssenthoek Military Cemetery, Poperinge, Belgium. (25.C.23A.)