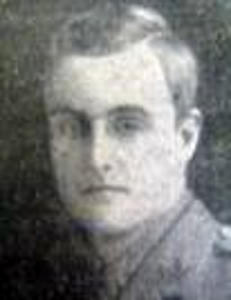 Reginald was born on the 28th June 1896 the son of Richard Tattersall & Elinor Hargreaves of The Old Rectory, Benington Park. He was educated at Stanstead Hall and later, between May 1910 and July 1914, at Radley College. He joined the Army on the 28th September 1914 and arrived in France on the 1st June 1915.

On the 28th October 1915 Reginald was in charge of fatigue posts at St.Jean, part of the defences at Potijze. Here he received a shell wound to his back and was put out of action. He returned to the Battalion in time to serve with it during the Somme offensives and was again wounded on the 25th September 1916, this time by shell fragments in his face which knocked him to the ground injuring his ankle. He returned to his unit on the 8th December 1916 and on the 17th January 1917 received further wounds, this time whilst serving in the Cambrin sector.

On the 28th June 1917, his 21st Birthday, he was chosen to lead two parties, consisting of 2 Sergeants, 4 Corporals and 36 Privates, in a raid on German trenches, south-east of Cameron Crater.  The raiders waited in a trench called Novel Alley whilst the British artillery laid down a barrage. At 7.10pm, as soon as the barrage lifted they jumped into the enemy trenches and as he led his men forward he was shot in the head at close range.

Reginald has no known grave and his name is recorded on the Loos Memorial.