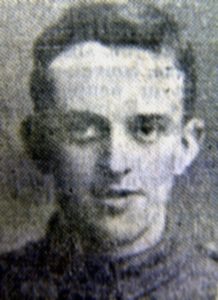 An only son, William lived at 136 High Street, Stevenage. After being initially rejected  for military service he was finally accepted as the need for men became more pressing.

He was wounded on the 10th April 1917 and spent six weeks in a French hospital. He was then transferred to a London Hospital where he spent 13 months and finally was transferred to a hospital in Cambridge where he spent a further five months. During his nineteen months of hospitalisation he underwent many operations and finally contracted Flu from the effects of which he eventually died.

He is buried in St.Nicholas churchyard, Stevenage.