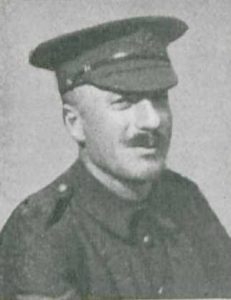 Alfred was born on the 16th December 1887, the son of Alfred & Annie Welch of Back Lane, Stevenage.

He enlisted in the Hertfordshire Regiment on the 16th August 1915 and, following the completion of his training, was posted to France on the 13th May 1916, where the Battalion was preparing to take part in the Somme offensive. He joined the Battalion for duty on the 10th June and was transferred to "D" Company on the 23rd June.

The Unit War Diary describes the Battalion as being in the area North of the Ancre River, a hard fought area of the Somme battlefields, on the 3rd September 1916 but gives no indication of how Alfred became a casualty. The Battalion suffered two other casualties on this day and it can be reasonably assumed that all three were probably the victims of a shellfire incident.

He is buried in the Knightsbridge Cemetery, Mesnil-Martinsart, France. (C.47.)

Frederick was the son of Emma Welch and the nephew of William & Matilda Welch of Letchmore Road, Stevenage.

He arrived in France on the 3rd December 1914 and was severely wounded in the fighting around Hill 60, which is situated on a ridge overlooking the town of Ypres. The highest point of the hill is composed of excavated earth from the railway cutting that runs through the ridge. It allows an excellent view over the town and was a valuable artillery observation point.

On the 10th April 1915, after a few days rest in Reningheist, the Battalion moved to trenches opposite Hill 60. Here they assisted in preparations for an attack on the hill and these were completed by the 17th April, despite the fact that all necessary materials had to be carried by hand from the ruins of Zillebeke, under the cover of darkness. Much tunnelling had taken place prior to the attack and on the 17th April six British mines were detonated close to the German positions and the assault got underway. Initially, there was some success as the German troops were caught by surprise but this did not last very long. They quickly re-organised themselves and at midnight they made a concerted counter-attack. It was during this attack that Frederick Welch was apparently shot in the head and died of his wounds several days later. It is believed that his grave was lost during the intense shelling in the area and, as a result, he has no known grave.

His name is recorded on the Menin Gate memorial, Belgium. (Panel 31 and 33)

Stanley Welch was the eldest son of Bertie & Dorothy Welch of 23 Whitesmead Road, Stevenage. After leaving school he was employed by Stevenage Gas Works as a Fitter and during his spare time was a euphonium player in the local Salvation Army band.

Stanley joined the RAF in January 1940 and was trained as a Wireless Operator/Air Gunner.

On completion of his training he was posted to 103 Squadron where he was to fly a total of 29 operational missions. Stanley’s aircraft took off from Elsham Wolds on the 25th July 1943 to attack Essen. Twenty-Six aircraft were to be lost on this raid, which was observed by Brigadier-General Anderson of the 8th United States Army Air Force. Despite this the raid was deemed to be a success with the Krupps works receiving the most damaging raid of the war.

It is not known what brought the aircraft down but it crashed at the town of Borbeck between Oberhausen and Essen. All the crew perished and were initially buried at the Nordfriedhof cemetery in Dusseldorf.  After the war they were moved to the Reichswald Forest Cemetery where they now lie. Stanley is buried in Plot 6. Row F. Grave 1.

Headstone Inscription: "Father, In Thy Gracious Keeping Leave We Now Thy Servant Sleeping" 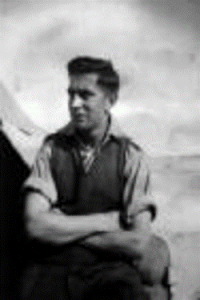 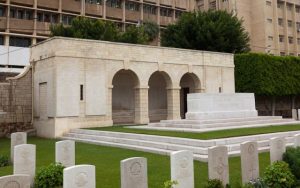 Fred was the son of E & A Westwood of 26 High Street. He was educated at Alleynes school and his father was a local butcher who later employed Fred as a slaughterman.

On 30th December 1917 the German submarine UC-34 torpedoed the troopship Aragon off Alexandria. HMS Attack and the Armed Trawler Points Castle rescued soldiers from the sinking troopship, but HMS Attack either struck a mine or received another torpedo as she pulled men from the water. Ten sailors from HMS Attack died and 600 lives were lost on the Aragon.

Frederick has no known grave and his name is recorded on the Chatby Memorial, Egypt.

Horace was born in St.Albans, Hertfordshire. It is uncertain when he moved to Stevenage but his son, William, was born in the town in 1907. Horace was an Estate Gamekeeper and was working the Kimpton area by 1911, and eventually moved to Godstone, Surrey,where he enlisted in the Army.

The Battalion and had moved into the trenches from Albert on the night of 3rd November 1916, in order to relieve the men of the 10th Essex Regiment. They were situated in Regina & Hessian trench where they remained through the next few days. Life in the trenches at this time was desperately uncomfortable. The cold and wet of the winter months and the continual shelling by German artillery made every day a miserable event. The Battalion provided working parties to work on trench defences but the wet conditions seriously hampered their efforts. On the 6th November the Battalion moved from the frontline trenches to the nearby support trenches. Here they prepared to be relieved by the 7th Royal Kent Regiment and on the 8th November the relief began. This movement of troops became a target for the German artillery who began to shell the area very heavily, resulting in many casualties. It was during this relief that Horace Wheatley was killed.

He has no known grave and his name is recorded on the Thiepval Memorial. Somme, France. (Pier and Face 5 D and 6 D.) 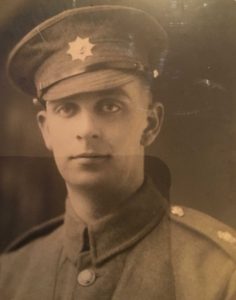