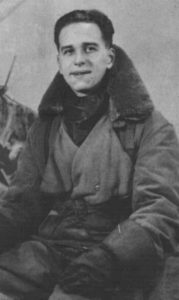 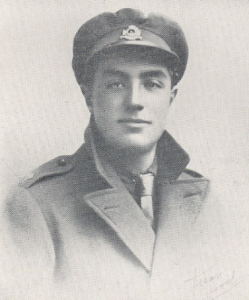 Donald Wright was born on the 25th June 1895 the son of Samuel Eustace Wright, a local mineral drinks manufacturer. He was educated at Caldicott school and later at Bishop Stortford college.

He enlisted in the Army on the 13th July 1915 just a few weeks after his 20th birthday and served as Private 8241 in No.14 Platoon, “D” Company of the 19th Battalion, Royal Fusiliers.  He was posted to France on the 8th  January 1916 and joined his Battalion in the field on the 17th January. He then served on the Western Front for exactly four months and on the 18th May 1916 was posted England to undertake a cadetship at No.6 Officer Cadet Battalion. The Battalion was located at Balliol College, Oxford and he was commissioned as a 2nd Lieutenant on the 25th September 1916.

Donald was posted to the Bedfordshire Regiment on the 20th October 1916 and embarked for France on the 10th November. He joined the 8th Battalion on the 27th November 1916 and served with them on the Western Front throughout the winter of 1916/17. On the 16th April 1917 the Battalion moved into Front Line positions at Loos. A few days later, on the 19th, they were involved in bitter fighting in the area and were subjected to heavy artillery barrages and grenade attacks. Donald Wright received serious shell wounds to his right eye, face and chest and was evacuated to No.18 Field Ambulance. Later that day he was moved to No.33 Casualty Clearing station at Bethune, where he remained for six days. The nature of injuries must have been quite serious as he was moved to No.35 General Field Hospital in Calais on the 25th April where he died at 11pm that night.

Donald is buried in the Calais Southern Cemetery, France.

Headstone Inscription: "Greater Love Hath No Man Than This" 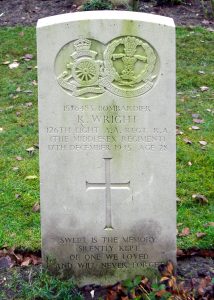 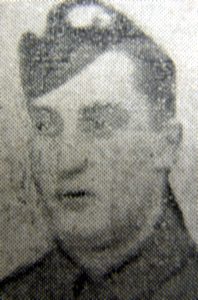