Oliver was the son of Harold & Alice Jeffs of 15 Ellis Avenue. Before joining the Army he was employed by Oakmead nurseries, Stevenage. He joined the Home Guard as soon as it was formed and later volunteered for the RAF but was rejected. The battalion was positioned near Maungdaw and was heavily engaged with Japanese troops. It is uncertain at what stage Oliver was hit but he died as a result of wounds he received during the action.

William was the son of William & Bertha Jenkins and the husband of Beatrice Jenkins of 56 Ellis Avenue, Stevenage. He was mistakenly reported as killed in action in North Africa whilst serving with the Bedfordshire & Hertfordshire Regiment. However, he was wounded in the thigh at Caen in July 1944 when his Battalion was involved in the storming of a wood.

On the 15th February 1945 the Battalion was involved in the push across the Rhine and the taking of the town of Goch. They set off towards the town of Berghof where they were tasked with capturing several objectives. After an hours march they arrived on the outskirts of the town where they came under machine gun fire from both the enemy and troops of the 7th Hampshire Regiment. It was not until the early hours of the 16th February that the situation became clear. At the same time as the Dorset’s had approached Berghof the enemy had counter attacked the town. The 7th Hampshire’s, not realising the situation, were not only keeping the Germans at bay but also the men of the 5th Dorset’s.  William was killed during this action, possibly by British troops.

He is buried in the Reichswald Forest cemetery, Germany. (56.F.2).

Leslie was the son of John & Ellen Laving and the husband of Janet Laving. (April –June 1941)

On the 19th September 1944 the Battalion were at Kolis where they involved in an assault crossing of the Escaut Canal. Leslie was second in command of “C” Company HQ. Initially, there had been some confusion over the arrival of boats for the assault, due mainly to the fact that they arrived in total darkness. Additionally, the Battalion had only been given a few hours notice about the attack and it was not possible to make full preparations, including a full recconisance of the area.

The assault got underway and, initially, seemed to have caught the emeny by surprise as there was little resistance. Soon, however, the German defenders began to put up a strong fight and it was during this action that Leslie Laving was killed.

He is buried in the Leopoldsburg War Cemetery, Belgium. (4.D.1.) 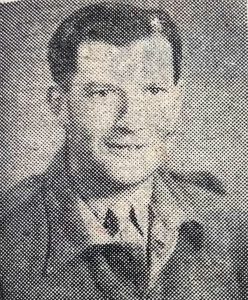 The Japanese captured him, along with the rest of the Battalion, during the invasion of Singapore.

The Battalion had sailed from Liverpool in the SS “Reina Del Pacifico” on the 29th October 1941, it’s original destination being the Middle East. On route orders were received diverting the Battalion to the Far East. After a long and arduous journey that had taken them via Halifax, Cape Town & Bombay the Battalion arrived in Ahmednagar on the 29th December.

After three weeks of intensive acclimatisation and training the Battalion embarked on the USS West Point for Singapore where they arrived at dawn on the 29th January 1942, just under two weeks before the island fortress would capitulate to the forces of the Japanese Imperial Army.

He died whilst in captivity and is buried in the Thanbyuzayat War Cemetery, Burma. (B1.M.4.)

Frederick was born in Hertford on the 10th January 1915 the son of Ernest & Rachael Milton. After marrying his wife, Rhoda, the couple lived in Widley, Hampshire.

On the 14th October 1941 HMS Fleur De Lys was torpedoed by the German submarine, U-208, whilst in the Western approaches to the Straits of Gibraltar. The ship broke in half and quickly sank with only 3 of her 90 man crew surviving.

Frederick has no known grave and his name is recorded on the Portsmouth Naval Memorial. (Panel 46. Column 2.)

Jim, as he was known, was the son of Leonard & Lizzie Moules of Haycroft Road. He was employed by Stevenage UDC before the war and joined the Army in 1941. He was posted to India in 1942 whilst serving with the Royal Artillery.

On the 14th July 1944 Jim was taking part in a training exercise at Satpur that involved crossing a local river. On their return they found that the river had swollen due to the monsoon rains. It is believed that Jim became separated from his section and tried to cross the river alone. He appeared to have slipped and struck his head on rocks and was washed down stream, where he drowned.

Barry Newton was the only son of Sir Charles & Lady Newton of East Grinstead who were resident at the Cromwell Hotel in Stevenage. He left Eastbourne College and joined the Kings Royal Rifle Corps in August 1941 and was posted to the Regiment's 12th Battalion in March 1943. He was with them when they landed at the Normandy town of Courseulles - Sur - Mer on the 17th June 1944.

On the 27th June the Battalion was in support of an attack on the villages of Vendes & Rauray. His platoon cleared the church at Le Manoir and he was discussing its use as a platoon HQ with his Sergeant when suddenly the church spire fell at his feet. It had been blown there by a shell from a Tiger tank, which was discovered to be only 40 yards away from their position. The battalion was ordered to withdraw which enabled the platoon to bring in their wounded, Barry Newton amongst them. Barry rejoined the battalion on the 15th August 1944 and served with " B" company during its push through France, Belgium and  Holland.

On the 2nd April 1945 the battalion was part of the advance guard for the 43rd Division in its move to cross the Twenthe canal in the region Southwest of Hengelo. A reconnaissance by some forward elements found no sign of the enemy and it was decided to try and make a crossing at a lock where there was a bridge linking the canal banks. However, it was difficult to see the enemy layout on the opposite side of the canal so any likely enemy positions were first shelled. As soon as the first Rifleman went over the canal bank the enemy reacted with a vengeance. A deadly cross fire from heavy machine guns swept across the bridges and their approaches. The two leading platoons attempted to fight their way across but they were soon pinned down. By now shell and mortar fire had caught the third platoon in open ground near the canal bank where they were almost completely annihilated. Casualties were so high that the whole assault had to be called off. It was at a point during this action that Barry was killed.

The son of Thomas & Frances Oddie who lived at Tower Lodge, Stevenage. Charles was educated at Alleynes Grammar School where he later became Head Boy and Captain of Boxing.

When he first left school he was employed at Halls bank in Fleet Street, London but he soon left there to join the Army. Charles was a career soldier who had trained for four years in the Honourable Artillery Company and was commissioned into the Royal Artillery in 1937. He had fought in France and was amongst the last troops to be evacuated from Dunkirk. He served in West Africa and was later posted to serve with the 1st Army in the Middle East.

On the 18th January 1943 his Regiment was at Bou Arada near Medjez El Bab in North Africa when an assault took place by a large force of enemy tanks. Charles was in a forward Observation Post when it was hit by shellfire from one of the tanks.

Headstone Inscription: "The Strife Is O'er The Battle Won" 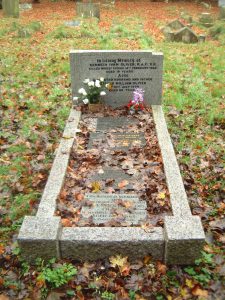 Kenneth was the son of Arthur & Queenie Oliver of 109 Walkern Road. He was educated at the Handside School in Welwyn Garden City and at the Stevenage Boys School in Letchmore Road.

After leaving school Kenneth was employed as junior draughtsman with the British Tabulating Company in Letchworth. He joined the RAF in September 1941 and was training to be a Wireless Operator/Air Gunner.

On Sunday the 15th February 1942 the Air Ministry notified Kenneth Oliver's family that he had been killed whilst training with No.2 Signal School at Yatesbury.

He is buried in the St.Nicholas churchyard. (Grave 616).