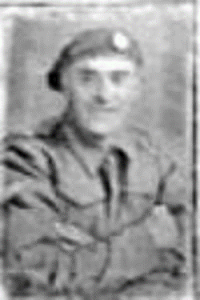 Gerald was the son of Charles & Maud Page and the husband of Gladys Page. He was a pupil at Alleynes school in Stevenage where he was described as being an average student who had the ability to pull out all the stops when required in order to save a situation, particularly on the sports field. On leaving school Gerald was employed by Mott’s Garage in Watton at Stone until he was called up for service in the army.

He joined the 44th Royal Tank Regiment in April 1942 and on completion of his training was posted overseas. The Regiment was part of the 4th Armoured Brigade and had only been serving in Sicily for a week when they were called to support an infantry assault. The Germans had positioned themselves in a wood on the edge of the Catanian Plain and it was clear that if the Allied forces were to continue their invasion the enemy had to be dislodged. As the assault got underway Gerald’s tank was hit and he was instantly killed.
Gerald is buried in the Catania War Cemetery, Sicily. (2.C.35) 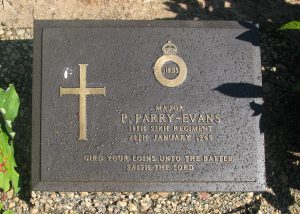 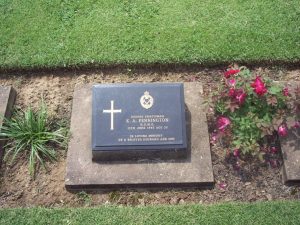 Arthur was the son of John & Annie Phipps and the husband of Lena Phipps.

He is buried in the Banneville La Campagne War Cemetery, France. (6.D.9) 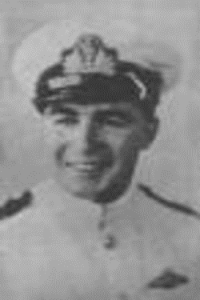 Alan was the son of Albert & Gwendoline Pollock. He was educated at Alleynes School in Stevenage where he became head boy. He was a pupil of amazing talent eventually becoming the chairman of the school literary & debating society as well as secretary of the scientific society. He was also interested in the dramatic arts and once played Father Christmas in the schools production of A Christmas Carol. Added to these talents was his outstanding sporting abilities being captain of the school boxing team and being part of the schools swimming, football and cricket teams. He then passed the civil service exam and, like his friend Eric Stanley, went to work at Adastral house.

In August 1941 Alan joined the Fleet Air Arm as a Leading Airman and went to both Canada and the USA to train as a pilot. After receiving his commission on the 9th June 1942 he was posted to 762 Squadron at HMS Heron (RNAS Yeovilton) for advanced flying training on Sea Hurricanes.

On the 8th May 1943 he was transferred to 893 Squadron on the aircraft carrier HMS Formidable (Illustrious) and took part in patrols over Sicily and the Salerno landings. On the 5th January 1944, whilst 878 prepared for disbandment, Alan and two fellow pilots took off from RNAS Eglington in Northern Ireland in a Stinson Reliant, FK914. The aircraft crashed in bad weather on the North Eastern side of Sawel Mountain with all the occupants being killed. His body, and that of his two companions, were not found until sometime after they were reported missing.

Alan is buried in the Faughanvale (St.Canice) Church of Ireland Churchyard in Eglinton, Northern Ireland. (Grave 8) 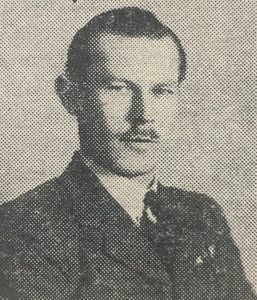 Kenneth Prater was born in 1913 the son of Mr.& Mrs A.G.Prater who lived at " Woodview" , Fishers Green. He was educated at Alleynes Grammar School between 1921 and 1930 and was a keen sportsman who favoured Tennis, Badminton and Squash. When he left school he was captain of his house, a prefect and had received his school colours in both football and cricket.

Before joining the RAF he was employed as a sales representative for the Michelin Tyre Company. Kenneth joined the RAF in 1940 and trained as a Pilot. He flew many thousands of miles in Africa and India whilst serving with Ferry Command. During this time he received considerable injuries when his aircraft caught fire and he spent some time recovering at home. Eventually he was posted to Worcester after making a full recovery.

On the 31st March 1945 he was detailed to fly a Mosquito, TA226, to Cairo but was killed instantly when his aircraft crashed shortly after take off from Portreath airfield in Cornwall on a flight to Istres.

Kenneth was cremated at Golders Green crematorium and his name is recorded on the memorial there.

The rise of Alec Puttock to Pilot Officer was a rapid one. He joined 576 Squadron in late 1943 as a Sergeant. By February 1944 he had attained the rank of Flight Sergeant and rose to Warrant Officer by May of that year. It was only a month later that he gained his commission as a Pilot Officer. He flew on many operations with the Squadron. Alec’s prowess as a Pilot was put to the test on the 22nd April 1944.

Harry was the son of Harry & Elizabeth Rowbottom of 47 Longcroft Road, Stevenage. He was employed, before joining the army, at Moorhens nursery in Letchworth. In 1941 Harry joined the army and was drafted into the Royal Artillery, where he served with a Coastal Artillery Regiment. He was posted to Singapore shortly before the fall of the island to the Japanese. He died of Diphtheria whilst a Prisoner of War, probably as a result of his treatment.

Phillip was the son of Thomas & Violet Seager-Berry of Crossways, Stevenage. He was educated at Charterhouse and Trinity College, Cambridge and he later became a lawyer. He left the bar on his father's death to become a solicitor in his former firm in the city of London. Phillip joined the ARP service for the Westminster area and on his mother's death he moved to Vincent Square, Westminster. At about this time he joined the Ministry of Economic Warfare. He then joined the Home Guard and was killed whilst on duty in Berkley Square, London.

Phillip is buried in the St.Nicholas churchyard, Stevenage. 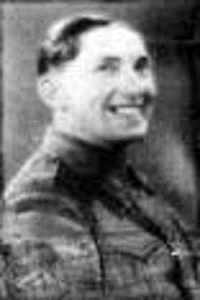 Stanley was the son of Harold & Harriet Sheppard.

It is believed that Stanley was killed in action at Bel Hamid but his body was never found and he has no known grave.