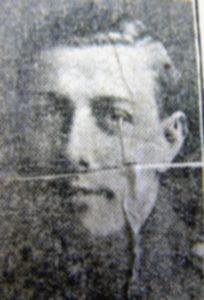 Alfred was the second son of Arthur & Rose Pettengell of 49 Albert Street, Stevenage. Before the war he was employed by W.L.Hall in Hitchin. His brother Fred, who was serving in the Royal Navy, had been previously torpedoed and was one of only seven survivors.

Alfred was reported missing on the 8th May 1918 but his body was not found until August that year when a Corporal of the Durham Light Infantry, who was out on telephone work, found Albert laying in a shell hole. His pay book was still in his pocket, which identified his body. However, Alfred's body was never recovered and he has no known grave.

His name is recorded on the Tyne Cot Memorial, Zonnebeke, Belgium. (Panel 48/50.)