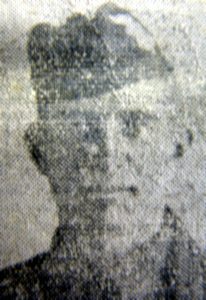 Born in Stevenage the son of Alice Marshall. He joined the Royal Navy on the 5th September 1914, the day of his 18th birthday, and just four weeks after the war had broken out.

Charles Marshall deserted from the Royal Navy on the 8th May 1916 but his aim was not to avoid war service. He fraudulently enlisted in the army and served with the Royal Highlanders (Black Watch). It is not clear at what point his deception was discovered but when he was caught he was returned to the Royal Navy to continue his service.

On the 18th October 1918 he was admitted to the Royal Naval Hospital in Chatham suffering from Whooping Cough. He died ten days later from the effects of this disease.

He is buried in the St.Nicholas Churchyard, Stevenage.